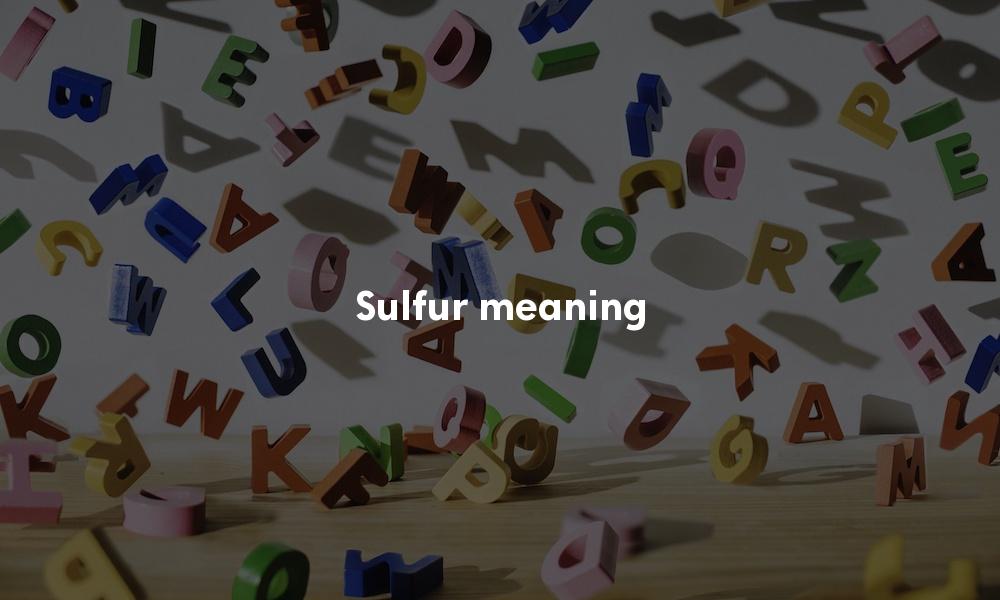 1. The chemical element of atomic number 16, a yellow combustible nonmetal.The material of which hellfire and lightning were formerly believed to consist.A pale greenish-yellow color.

Example sentences: "We should use coal which contains less sulfur"

2. An American butterfly with predominantly yellow wings that may bear darker patches.

Example sentences: "Create a shallow puddle to attract swallowtails, blues, sulfurs and other butterflies that enjoy drinking at mud puddles."

1. Disinfect or fumigate with sulfur.

Example sentences: "Recent experiments suggest that sulphuring an inverted barrel but not bunging up results in a much lower level of volatile acids since bunging up creates a humid environment, ideal for the growth of bacteria."

Sulfur in Other Languages...