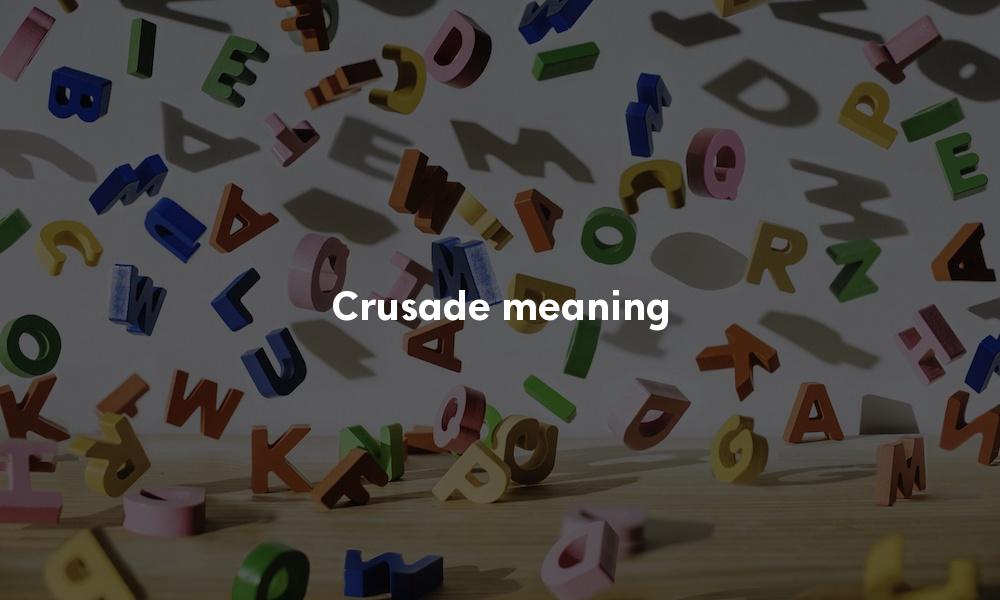 1. Each of a series of medieval military expeditions made by Europeans to recover the Holy Land from the Muslims in the 11th, 12th, and 13th centuries.A war instigated for alleged religious ends.

Example sentences: "The fanaticism engendered by the Crusades"

2. A vigorous campaign for political, social, or religious change.

1. Lead or take part in a vigorous campaign for social, political, or religious change.

Example sentences: "He crusaded against gambling in the 1950s"

Crusade in Other Languages...