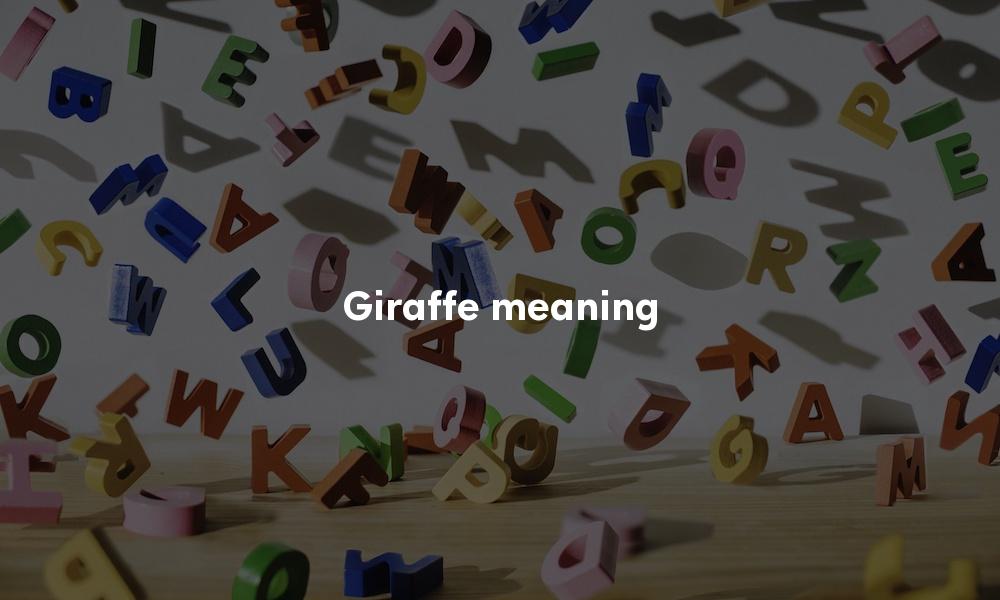 1. A large African mammal with a very long neck and forelegs, having a coat patterned with brown patches separated by lighter lines. It is the tallest living animal.

Example sentences: "It's been observed in many other bird species besides parrots and macaws, as well as elephants, macaques, giraffes, rhinos and chimpanzees."

Giraffe in Other Languages...