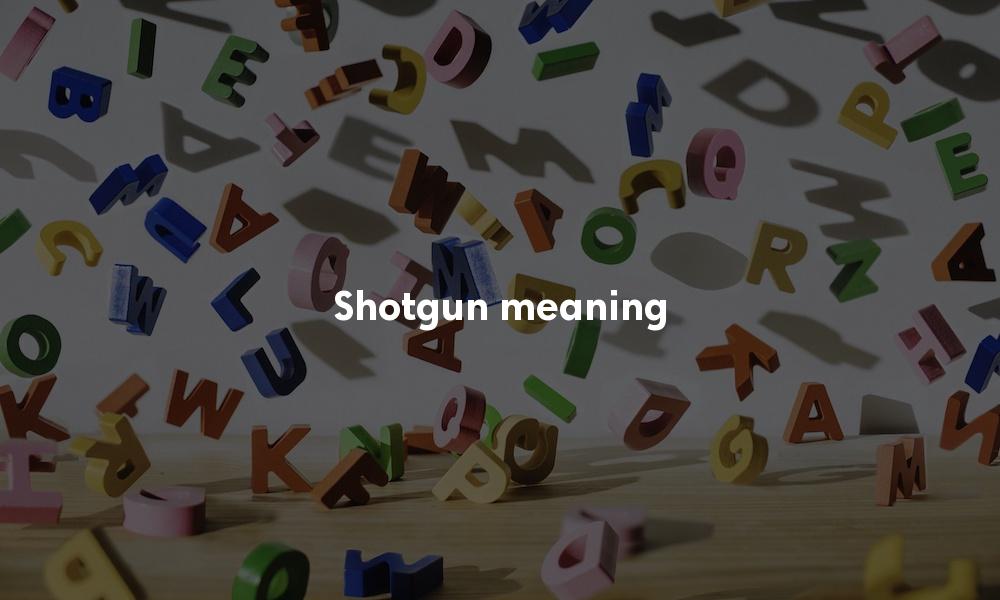 1. A smoothbore gun for firing small shot at short range.

Example sentences: "Kimmitt said troops at the scene found a variety of weapons, including shotguns, handguns, rifles and machine guns."

2. The front passenger seat in a vehicle.

3. An offensive formation in which the quarterback receives the snap while standing several yards behind the line of scrimmage.

Example sentences: "So with seven yards needed for the first down, the offense lined up in a shotgun formation and went for it."

1. Aimed at a wide range of things; having no specific target.

Example sentences: "Many companies use the shotgun approach, aiming advertising at the widest possible audience"

2. Denoting a long, narrow single-story house whose rooms are arranged one behind another.

Example sentences: "His family lived in a shotgun shack in South Memphis"

1. Shoot at or kill with a shotgun.

Example sentences: "He had been shotgunned by drug dealers"

2. Consume (a canned drink) in one go by puncturing the can, putting one’s mouth over the resulting hole, and then opening the can by means of the ring pull to produce a rapid flow.

Shotgun in Other Languages...