What is the definition Stall? What is its meaning in the dictionary? Derivations, Example sentences, Words starting with Stall, Words ending with Stall, Related sentences, Antonyms, Synonyms, How to pronounce and more... 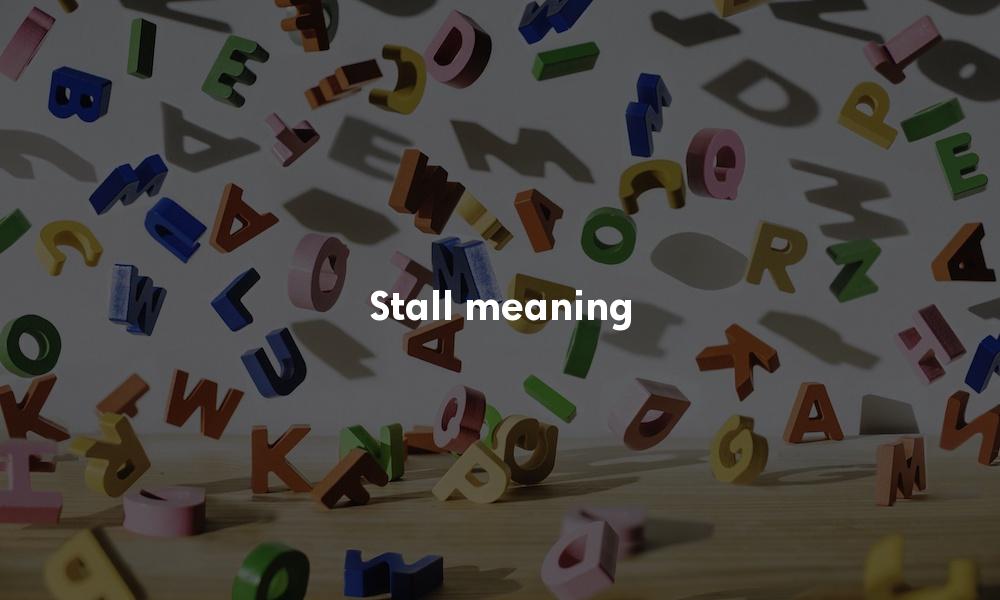 1. A stand, booth, or compartment for the sale of goods in a market or large covered area.

2. An individual compartment for an animal in a stable or barn, enclosed on three sides.

Example sentences: "This configuration recalls the form of traditional livestock barns with a center walkway and animal stalls to each side."

3. A fixed seat in the choir or chancel of a church, more or less enclosed at the back and sides and often canopied, typically reserved for a particular member of the clergy.

Example sentences: "There were so many choir wannabes that they filled the choir platform, the stalls and the circle seats - and outnumbered the audience confined to the upper galleries."

4. The seats on the ground floor in a theater.

5. An instance of an engine, vehicle, aircraft, or boat stalling.

Example sentences: "Speed must be maintained to avoid a stall and loss of control"

1. (of a motor vehicle or its engine) stop running, typically because of an overload on the engine.

Example sentences: "Her car stalled at the crossroads"

2. Stop or cause to stop making progress.

Example sentences: "His career had stalled, hers taken off"

3. Put or keep (an animal) in a stall, especially in order to fatten it.

Example sentences: "The horses were stalled at Upper Bolney Farm"

Stall in Other Languages...