What is the definition Stem? What is its meaning in the dictionary? Related sentences, Derivations, How to pronounce? Words ending with Stem, Antonyms, Synonyms, Example sentences, Words starting with Stem and more... 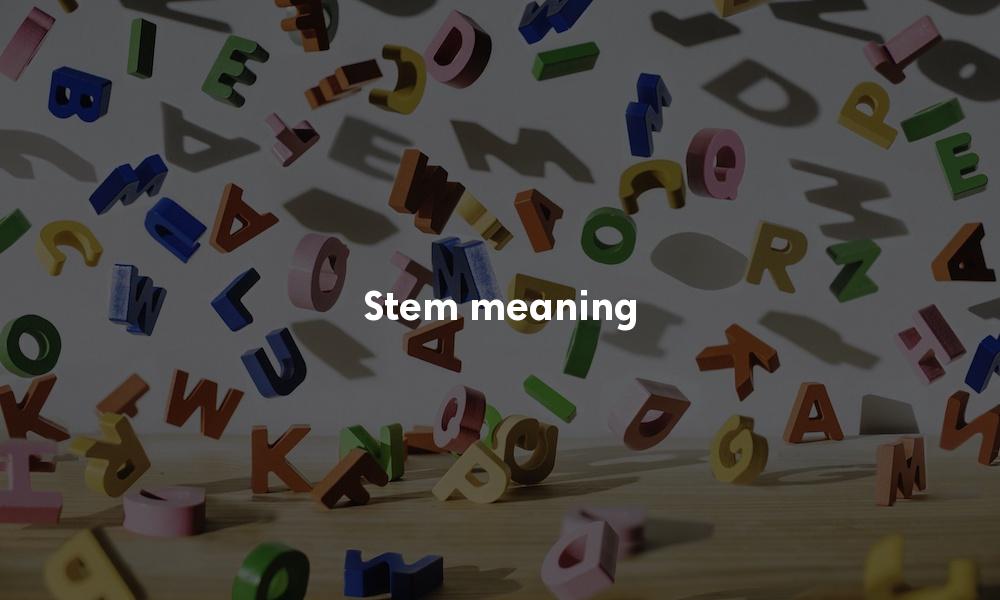 How to pronounce: stem

1. The main body or stalk of a plant or shrub, typically rising above ground but occasionally subterranean.

Example sentences: "Both the blue and the yellow have the classic, satiny translucent petals of the poppy tribe, both, characteristically, are held on wiry stems above the parent plant."

2. A long, thin supportive or main section of something.

Example sentences: "The main stem of the wing feathers"

3. The root or main part of a noun, adjective, or other word, to which inflections or formative elements are added.

Example sentences: "This is a scientific term derived by making an English plural from octopod, which is the bare stem of the Greek word, not its singular."

4. The main upright timber or metal piece at the bow of a ship, to which the ship's sides are joined.

Example sentences: "The spines and bow stems of abandoned hulks"

5. A pipe used for smoking crack or opium.

1. Originate in or be caused by.

Example sentences: "Many of the universities' problems stem from rapid expansion"

2. Remove the stems from (fruit or tobacco leaves)

Example sentences: "Her aunt and her mother were stemming currants on the side porch"

3. (of a boat) make headway against (the tide or current)

Example sentences: "If the wind will only freshen a little, we shall be able to stem the first of the flood"

1. Stop or restrict (the flow of something)

Example sentences: "A nurse did her best to stem the bleeding"

2. Slide the tail of one ski or both skis outward in order to turn or slow down.

1. Science, technology, engineering, and mathematics (as an educational category)

Example sentences: "The academy is seeking to appoint a Teaching and Learning Coordinator for STEM subjects"

Stem in Other Languages...