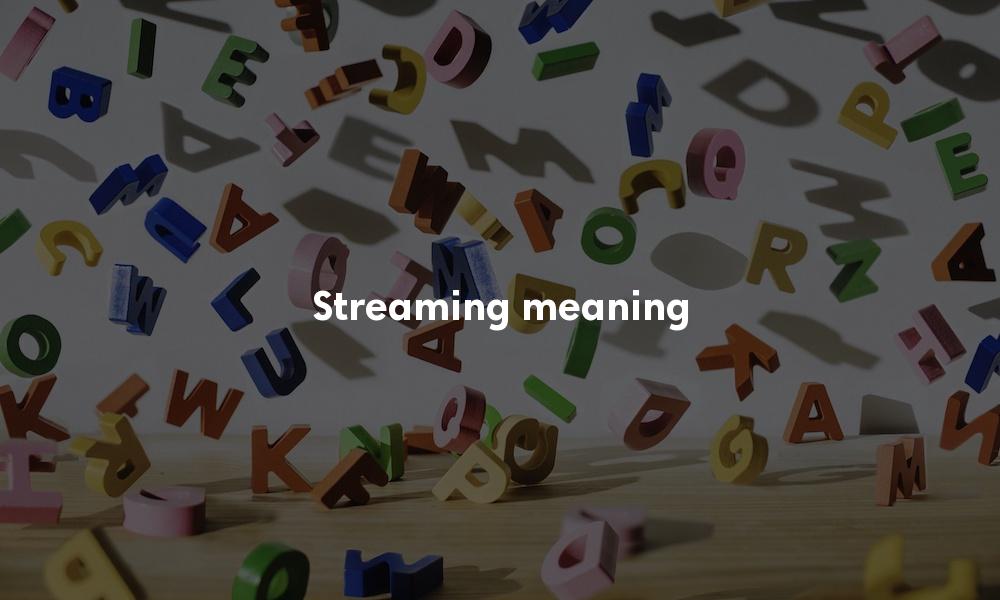 1. A method of transmitting or receiving data (especially video and audio material) over a computer network as a steady, continuous flow, allowing playback to start while the rest of the data is still being received.

Example sentences: "Some cable operators fear that video streaming will allow large numbers of consumers to bypass cable service and get programming over the Internet."

2. The practice of putting schoolchildren in groups of the same age and ability to be taught together.

1. Relating to or making use of a form of tape transport, used mainly to provide backup storage, in which data may be transferred in bulk while the tape is in motion.

Example sentences: "Snapshots are stored on disk, which provides fast, direct access rather than the slower mechanical streaming access provided by tape."

2. Of or relating to data transmitted in a continuous stream while earlier parts are being used.

Example sentences: "One blogger wrote how mad he was over the fact that the streaming video wasn't live, saying the clips were stale the moment they were up."

3. (of a cold) accompanied by copious running of the nose and eyes.

Streaming in Other Languages...