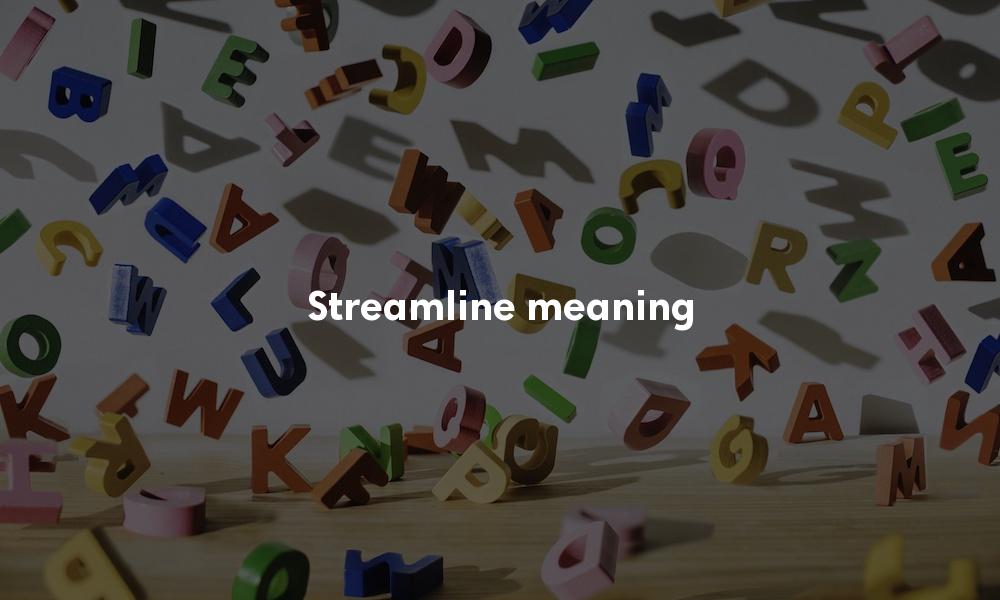 1. Design or provide with a form that presents very little resistance to a flow of air or water, increasing speed and ease of movement.

Example sentences: "Engineers can reduce a vehicle's fuel consumption by reducing its size and weight and by streamlining its body"

2. Make (an organization or system) more efficient and effective by employing faster or simpler working methods.

Example sentences: "The company streamlined its operations by removing whole layers of management"

1. A line along which the flow of a moving fluid is least turbulent.

Example sentences: "The flow was largely laminar, and the streamlines remained remarkably coherent and showed little deviation during the course of the experiment."

1. (of fluid flow) free from turbulence.

Example sentences: "After the entire body is through the hole, maintain your streamline position and flatten out quickly to direct your energy toward the other end."

2. Having a streamlined shape.

Streamline in Other Languages...