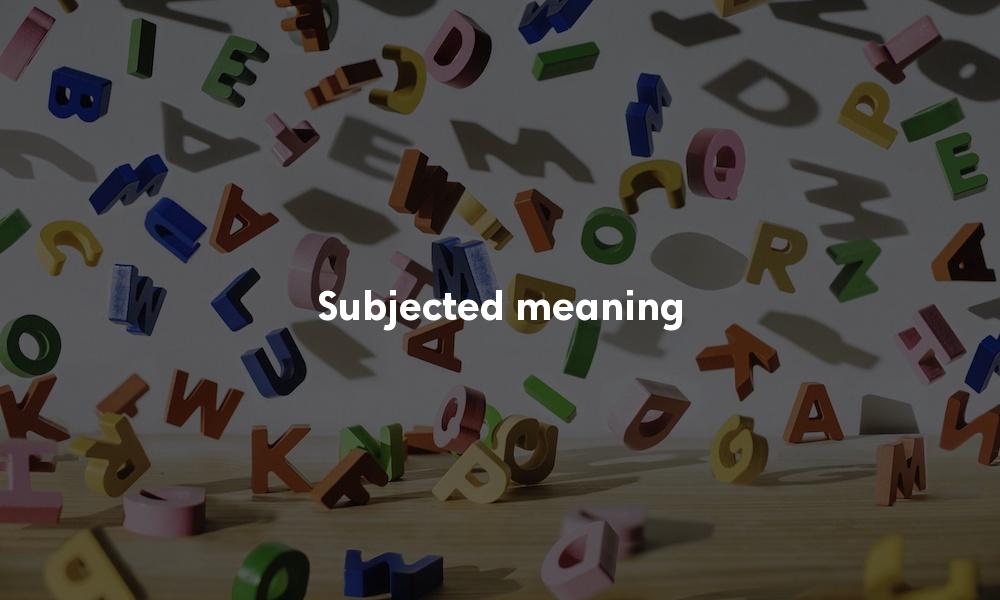 1. A person or thing that is being discussed, described, or dealt with.

Example sentences: "I've said all there is to be said on the subject"

2. A branch of knowledge studied or taught in a school, college, or university.

Example sentences: "Maths is not my best subject"

3. A member of a state other than its ruler, especially one owing allegiance to a monarch or other supreme ruler.

Example sentences: "The legislation is applicable only to British subjects"

4. A noun or noun phrase functioning as one of the main components of a clause, being the element about which the rest of the clause is predicated.

Example sentences: "This style is formal, favouring noun clauses as subjects and objects, and often postponing the main verb, or distancing it from the subject."

5. A thinking or feeling entity; the conscious mind; the ego, especially as opposed to anything external to the mind.

Example sentences: "In the latter case some go as far as speaking unhesitatingly of the mind as a subject - or a self, ego, or even a soul."

1. Likely or prone to be affected by (a particular condition or occurrence, typically an unwelcome or unpleasant one)

2. Dependent or conditional upon.

Example sentences: "The proposed merger is subject to the approval of the shareholders"

3. Under the authority of.

Example sentences: "Ministers are subject to the laws of the land"

1. Cause or force someone or something to undergo (a particular experience or form of treatment, typically an unwelcome or unpleasant one)

Example sentences: "He'd subjected her to a terrifying ordeal"

2. Bring (a person or country) under one's control or jurisdiction, typically by using force.

Example sentences: "The city had been subjected to Macedonian rule"

Subjected in Other Languages...