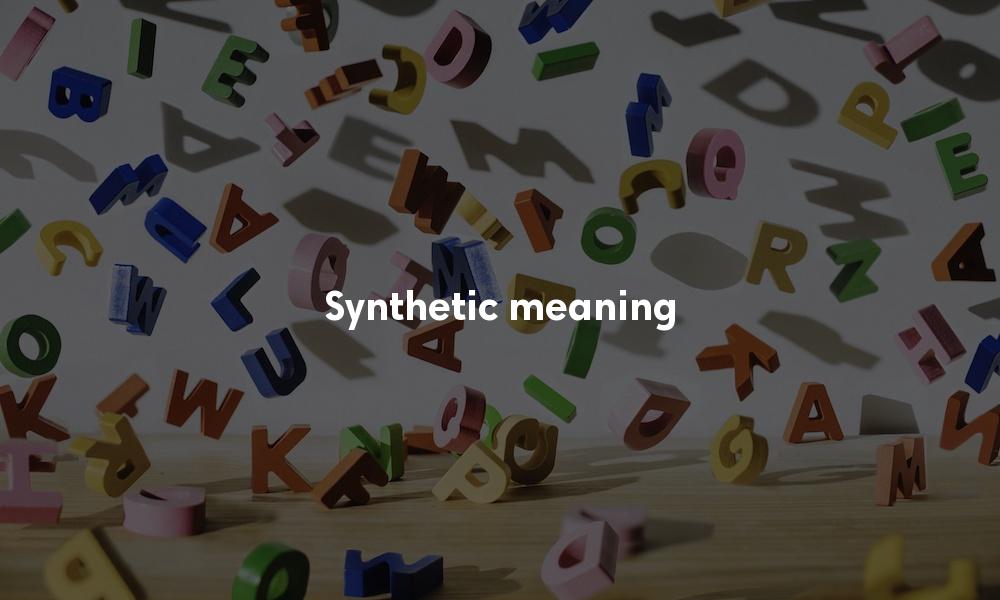 1. (of a substance) made by chemical synthesis, especially to imitate a natural product.

2. (of a proposition) having truth or falsity determinable by recourse to experience.

Example sentences: "Kant held that, even though most mathematical propositions are synthetic, they are knowable a priori - independent of sensory experience."

3. (of a language) characterized by the use of inflections rather than word order to express grammatical structure.

Example sentences: "Inflected languages are a variety of synthetic language in which a word takes various forms, most usually by the addition of suffixes, which show its role in the sentence."

1. A synthetic material or chemical, especially a textile fiber.

Example sentences: "Twentieth century technology has opened up a treasure of textures and materials from space age synthetics to hand-woven straws."

Synthetic in Other Languages...