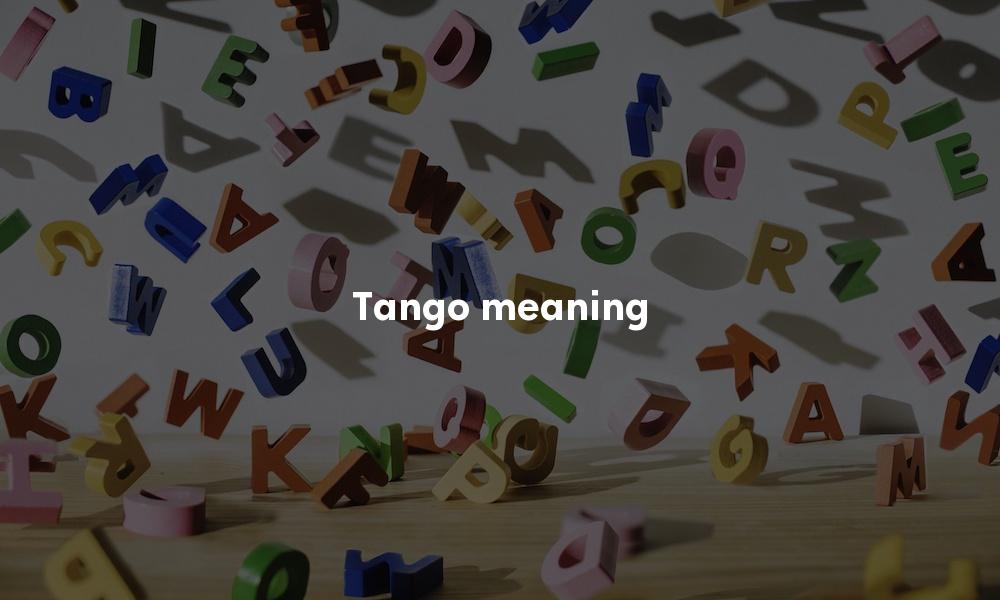 1. A ballroom dance originating in Buenos Aires, characterized by marked rhythms and postures and abrupt pauses.

Example sentences: "The Argentine tango originated in Buenos Aires at the turn of the last century."

2. A code word representing the letter T, used in voice communication by radio.

Example sentences: "It is very easy to be confused between the letters B and P, M and N etc. when speaking over the radio or telephone for example ‘TOM’ you would pronounce this as:- Tango Oscar Mike."

Example sentences: "They tangoed around the room"

Tango in Other Languages...