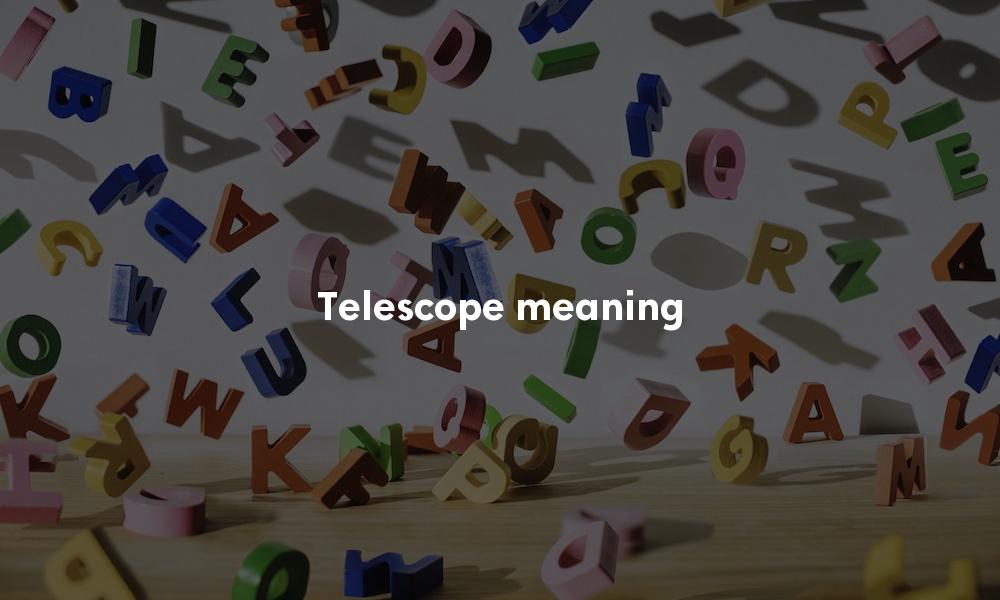 1. An optical instrument designed to make distant objects appear nearer, containing an arrangement of lenses, or of curved mirrors and lenses, by which rays of light are collected and focused and the resulting image magnified.

Example sentences: "We use electromagnetic waves to detect and image objects: light waves for optical microscopes and telescopes, electrons for electron microscopes and radar."

1. (with reference to an object made of concentric tubular parts) slide or cause to slide into itself, so that it becomes smaller.

Example sentences: "Five steel sections that telescope into one another"

Telescope in Other Languages...