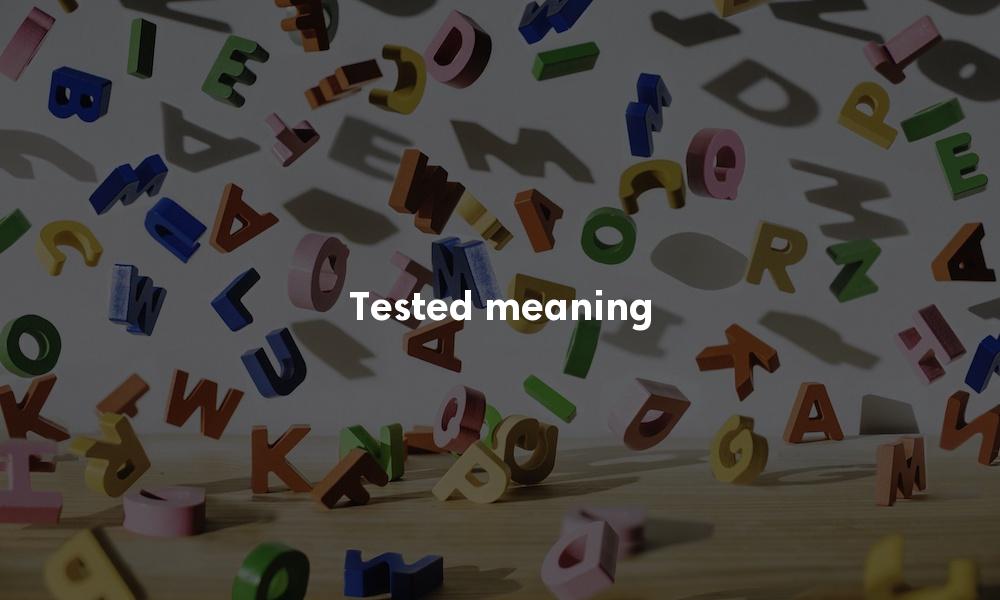 1. A procedure intended to establish the quality, performance, or reliability of something, especially before it is taken into widespread use.

Example sentences: "Both countries carried out nuclear tests in May"

3. A movable hearth in a reverberating furnace, used for separating gold or silver from lead.

Example sentences: "When fully prepared, the test is allowed to dry, and is then placed in a furnace, constructed in all respects like a common reverberator)' furnace, except that a space is left open in the bed of it to receive the test, and that the width of the arch is much reduced."

1. Take measures to check the quality, performance, or reliability of (something), especially before putting it into widespread use or practice.

Example sentences: "This range has not been tested on animals"

1. The shell or integument of some invertebrates and protozoans, especially the chalky shell of a foraminiferan or the tough outer layer of a tunicate.

Example sentences: "The tests of the shells are recrystallized, but the original ornamentation is preserved in very good detail."

Tested in Other Languages...