What is the definition Thai? What is its meaning in the dictionary? Antonyms, Derivations, Synonyms, Words ending with Thai, Example sentences, How to pronounce? Words starting with Thai, Related sentences and more... 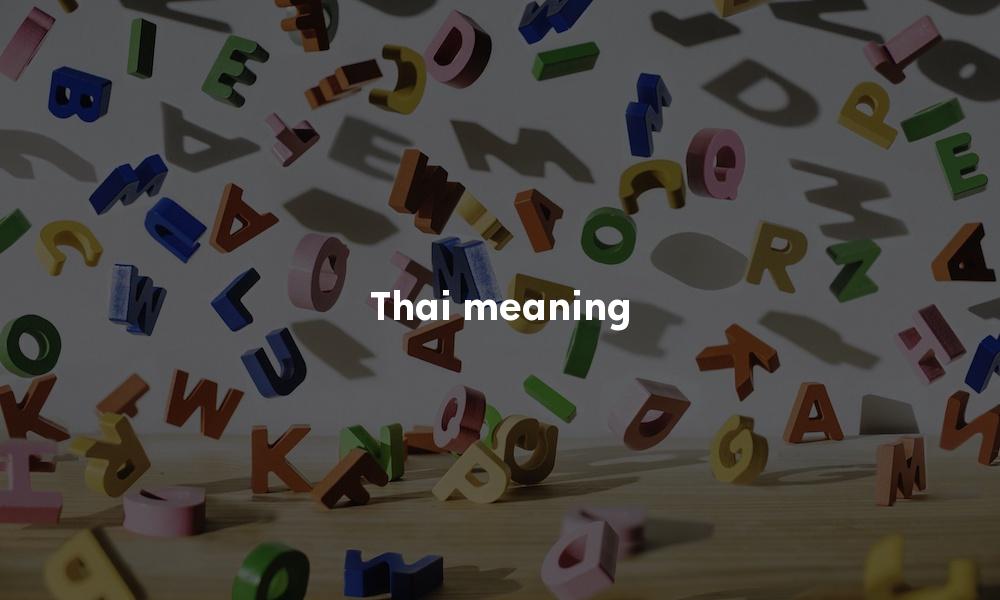 How to pronounce: taɪ

1. Relating to Thailand, its people, or their language.

Example sentences: "The menu includes a wide range of appetizers, soups, salads, main courses, and desserts along with the accompanying rice and noodles and a variety of Thai curries."

1. A native or inhabitant of Thailand.

Example sentences: "Out of 27 recent arrests for theft and break and entry, 20 were Thai nationals."

2. The Tai language that is the official language of Thailand.

Example sentences: "The Thai include those who speak Thai or Central Thai as their first language."

Thai in Other Languages...