Themselves Meaning and Definition 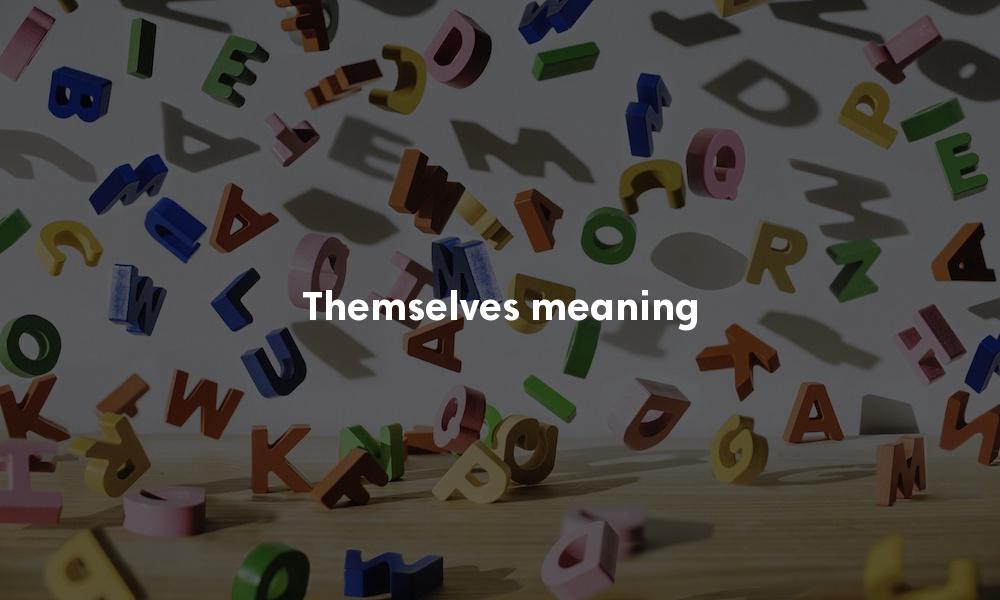 1. Used as the object of a verb or preposition to refer to a group of people or things previously mentioned as the subject of the clause.

Example sentences: "Countries unable to look after themselves"

2. Used to emphasize a particular group of people or things mentioned.

Example sentences: "Excellent at organizing others, they may well be disorganized themselves"

3. Used instead of “himself” or “herself” to refer to a person of unspecified sex.

Example sentences: "Anyone who fancies themselves as a racing driver"

Images related to Themselves

Themselves in Other Languages...