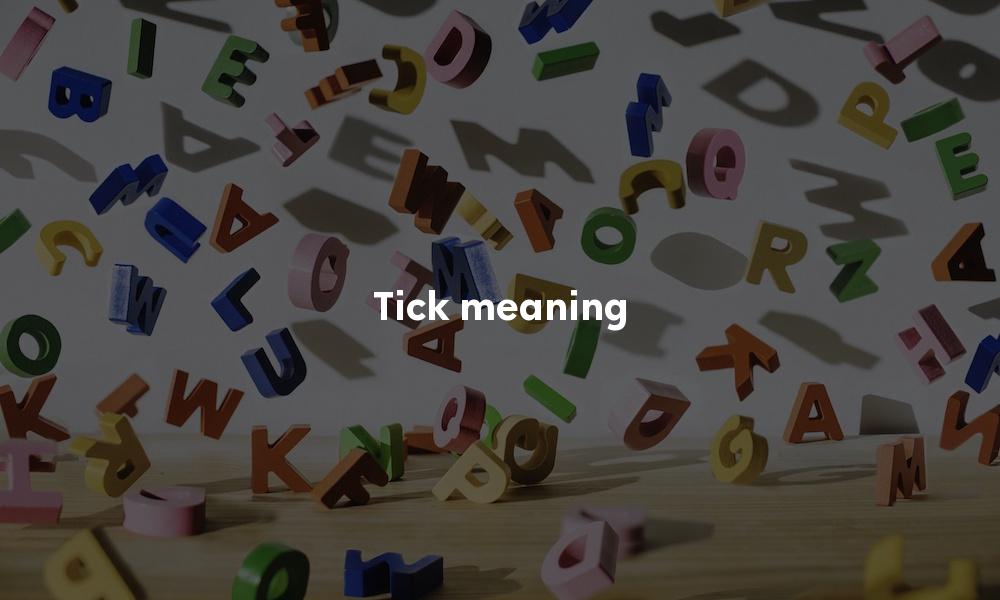 1. A regular short, sharp sound, especially that made by a clock or watch.

Example sentences: "In a sport in which the times are measured in hundredths of a second, she beat Giove, who took second, by 20 ticks of the clock."

2. A mark (✓) used to indicate that an item in a list or text is correct or has been chosen, checked, or dealt with; a check mark.

Example sentences: "A map of the Urus-Martan area is black from ticks and marks indicating ordnance."

3. The smallest recognized amount by which a price of a security or future may fluctuate.

Example sentences: "If you want to further refine the trailing buy stop technique, you can lower your buy order the next day to the level one tick above the latest price bar."

1. (of a clock or other mechanical device) make regular short sharp sounds, typically one for every second of time that passes.

Example sentences: "I could hear the clock ticking"

2. Mark (an item) with a tick or select (a box) on a form, questionnaire, etc., to indicate that something has been chosen, checked, approved, or dealt with.

1. A parasitic arachnid that attaches itself to the skin of a terrestrial vertebrate from which it sucks blood, leaving the host when sated. Some species transmit diseases, including tularemia and Lyme disease.

Example sentences: "It takes 24 hours for a tick to transmit Lyme disease, so rapid removal is important."

1. A fabric case stuffed with feathers or other material to form a mattress or pillow.

Example sentences: "He quickly reached the top and started throwing down ticks, pillows and blankets."

Tick in Other Languages...