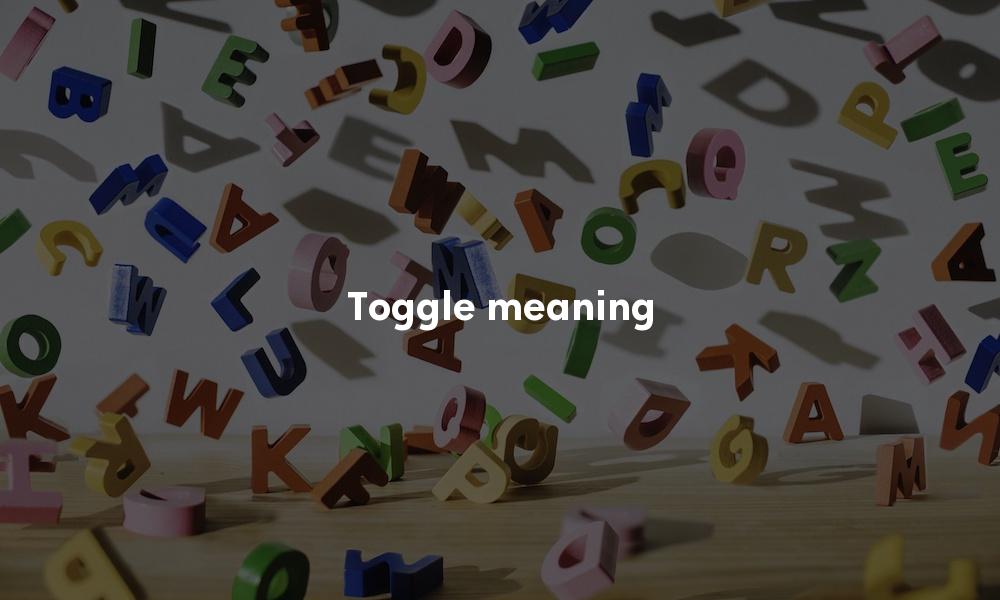 1. A short rod of wood or plastic sewn to one side of a coat or other garment, pushed through a hole or loop on the other side and twisted so as to act as a fastener.

Example sentences: "But she was fastened into her duties like a toggle into a duffel coat."

2. A key or command that toggles between two modes, such as the caps lock key.

Example sentences: "These include a power toggle with an LED power indicator, an input toggle to choose which video feed is functional, and an on-screen menu on/off switch."

1. Switch from one effect, feature, or state to another by using a toggle.

Example sentences: "The play/pause button toggles between those functions"

2. Provide or fasten with a toggle or toggles.

Example sentences: "Our horses were hobbled or toggled before they were turned out to graze"

Toggle in Other Languages...