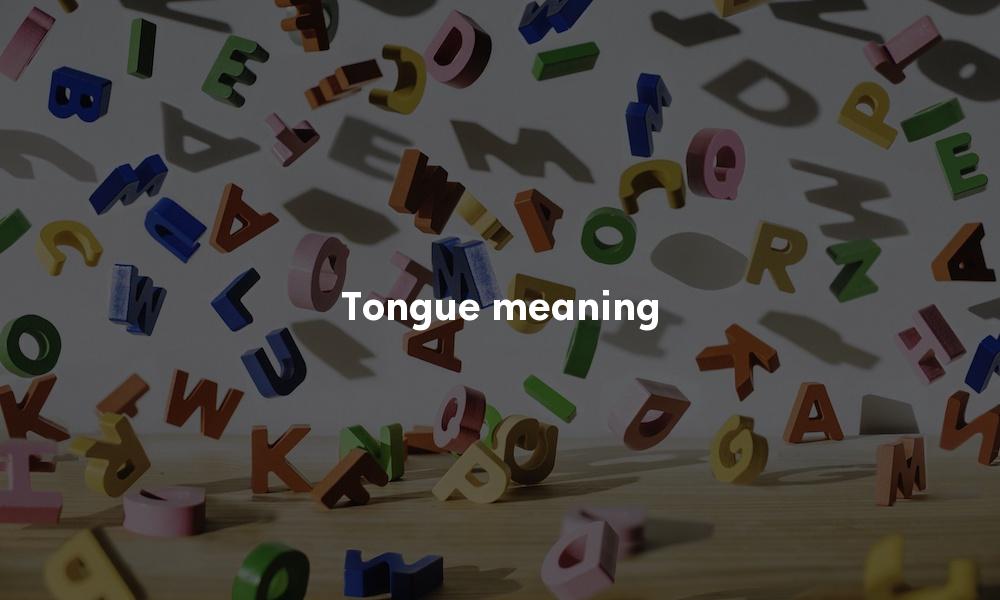 1. The fleshy muscular organ in the mouth of a mammal, used for tasting, licking, swallowing, and (in humans) articulating speech.

Example sentences: "Swallowing, which is accomplished by muscle movements in the tongue and mouth, moves the food into the throat, or pharynx."

2. Used in reference to a person's style or manner of speaking.

Example sentences: "He was a redoubtable debater with a caustic tongue"

3. A strip of leather or fabric under the laces in a shoe, attached only at the front end.

Example sentences: "Different models of the shoe had different pump systems, which were integrated into the tongue of the shoe."

4. The free-swinging metal piece inside a bell which is made to strike the bell to produce the sound.

5. A long, low promontory of land.

Example sentences: "Beneath the cries of curlews, low tongues of land balance precariously between sea and marsh."

6. A projecting strip on a wooden board fitting into a groove on another.

Example sentences: "Then remove the board and spread carpenter's glue on the tongues and grooves of the new and old pieces."

7. The vibrating reed of a musical instrument or organ pipe.

Example sentences: "A tongue of flame flashes four feet from the gun"

1. Sound (a note) distinctly on a wind instrument by interrupting the air flow with the tongue.

2. Lick or caress with the tongue.

Example sentences: "The other horse tongued every part of the colt's mane"

Tongue in Other Languages...