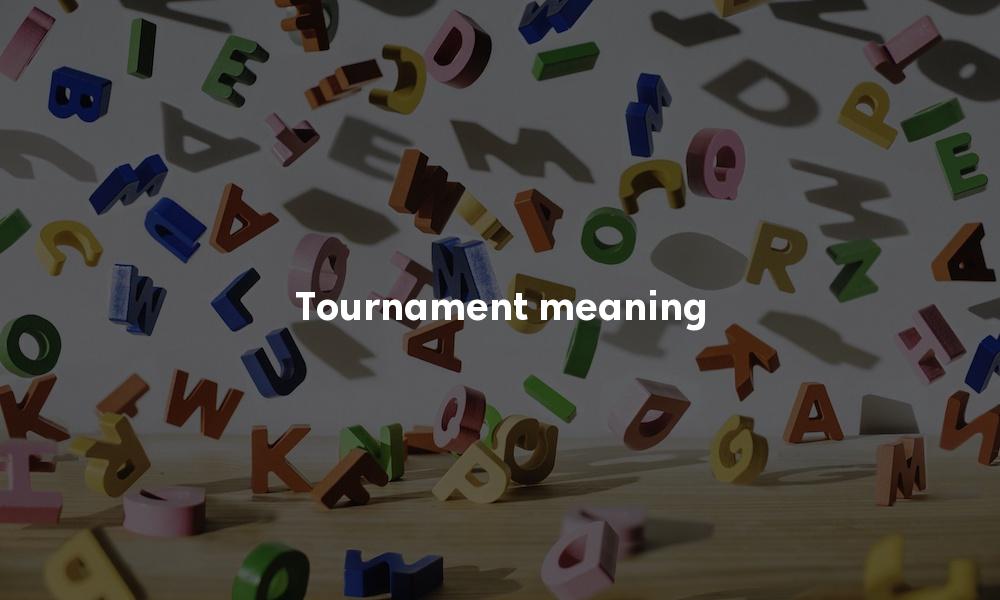 1. (in a sport or game) a series of contests between a number of competitors, who compete for an overall prize.

Example sentences: "Can you foresee a time when gaming tournaments rival sports championships in terms of audience interest and ratings?"

2. (in the Middle Ages) a sporting event in which two knights (or two groups of knights) jousted on horseback with blunted weapons, each trying to knock the other off, the winner receiving a prize.

Example sentences: "Heraldry originated in medieval warfare and tournaments when it was necessary to identify knights who were completely covered in armour."

Tournament in Other Languages...