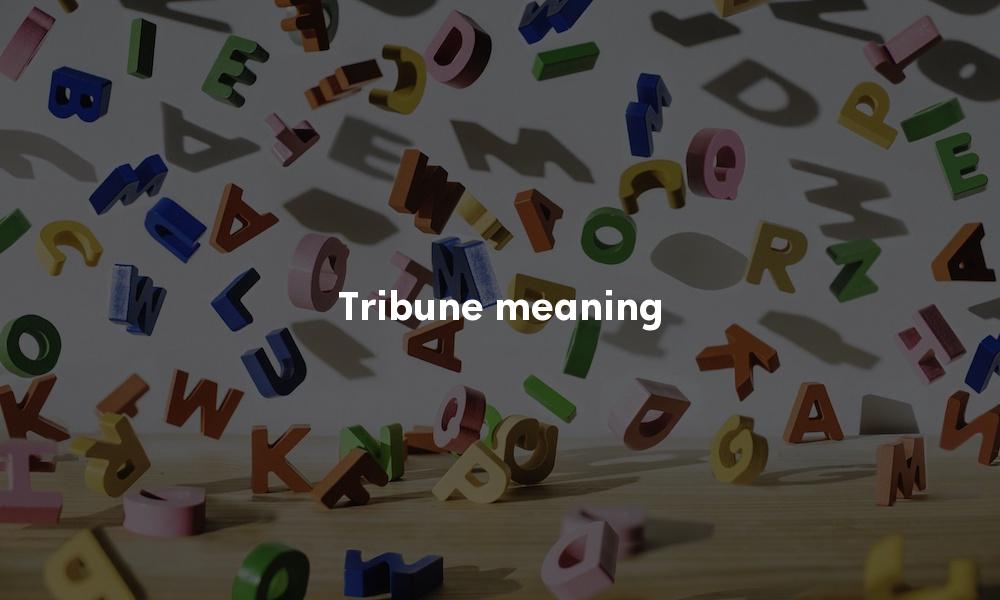 1. An official in ancient Rome chosen by the plebeians to protect their interests.A Roman legionary officer.A popular leader; a champion of the people.

Example sentences: "Frustrated there, he ran for tribune of the people and was elected for 133."

Example sentences: "However the view of the tribune of S. Maria Maggiore was already shown in plate 122."

2. A dais or rostrum, especially in a church.

Example sentences: "From 1922 his stylistically radical work was put to utilitarian ends, including the design of speakers' tribunes and latterly agitprop photomontage and graphic design."

Tribune in Other Languages...