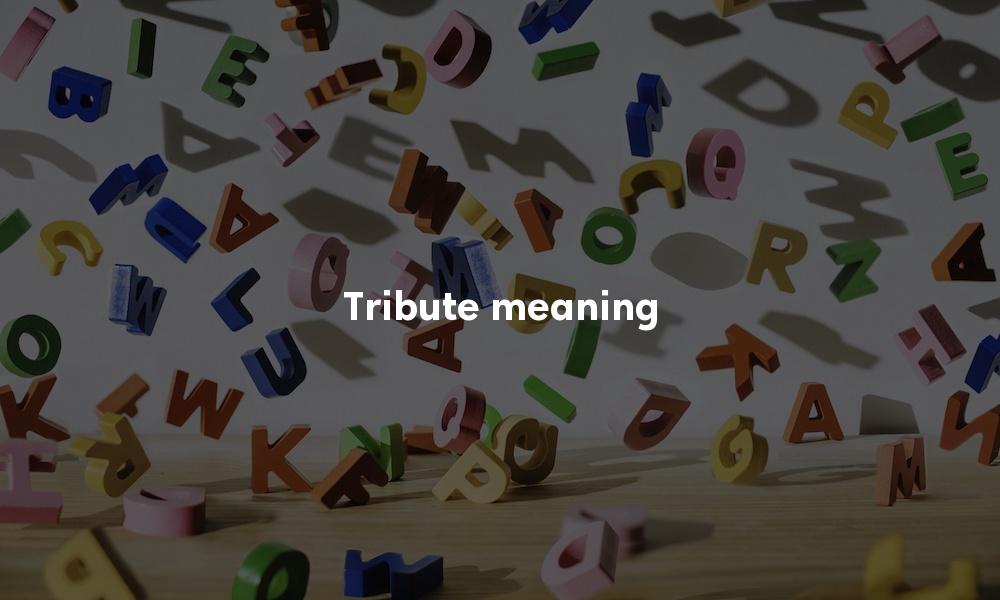 1. An act, statement, or gift that is intended to show gratitude, respect, or admiration.

Example sentences: "The video is a tribute to the musicals of the 40s"

2. Payment made periodically by one state or ruler to another, especially as a sign of dependence.

Example sentences: "The king had at his disposal plunder and tribute amassed through warfare"

3. A proportion of ore or its equivalent, paid to a miner for his work, or to the owner or lessor of a mine.

Example sentences: "During 1867 Singleton employed a few miners on tribute working in an open cut."

Tribute in Other Languages...