What is the definition Troll? What is its meaning in the dictionary? Derivations, Words ending with Troll, Synonyms, Related sentences, Antonyms, Words starting with Troll, Example sentences, How to pronounce and more... 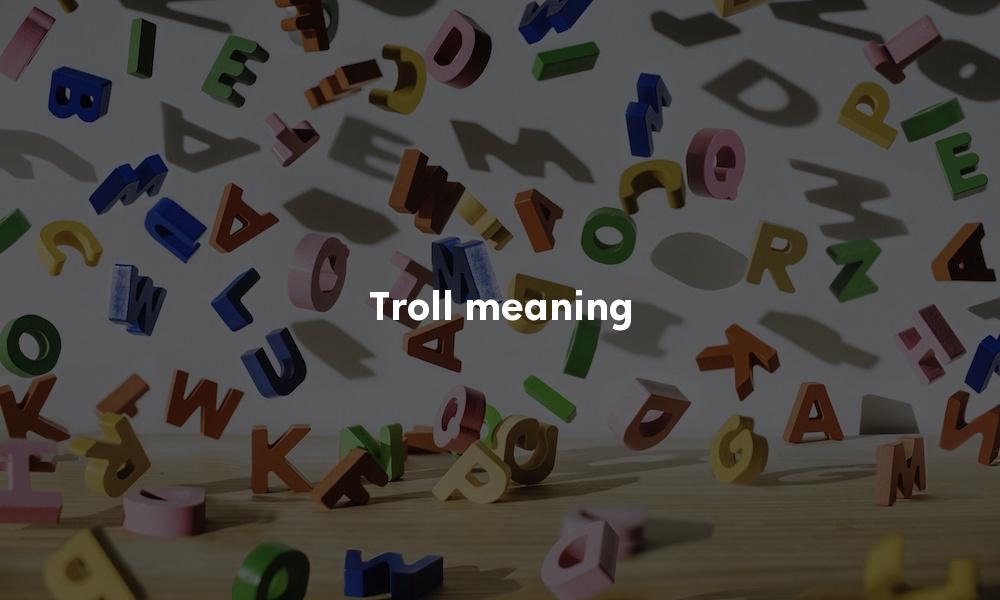 1. (in folklore) an ugly creature depicted as either a giant or a dwarf.

Example sentences: "They showed all the mythological creatures that here existed, unicorns and flying horses, fauns and mermaids, elves and trolls, giants and dragons and many more beautiful and dangerous creatures she had never seen."

1. A person who makes a deliberately offensive or provocative online post.

Example sentences: "Administrators can avoid criticism by the time-honoured tactic of shooting the messengers - labelling them trolls, then banning them."

2. A line or bait used in trolling for fish.

Example sentences: "Fifteen salmon caught for the month of March and all fish were on the troll."

1. Make a deliberately offensive or provocative online post with the aim of upsetting someone or eliciting an angry response from them.

Example sentences: "If people are obviously trolling then I'll delete your posts and do my best to ban you"

2. Carefully and systematically search an area for something.

Example sentences: "A group of companies trolling for partnership opportunities"

Example sentences: "We all trolled into town"

4. Sing (something) in a happy and carefree way.

Troll in Other Languages...