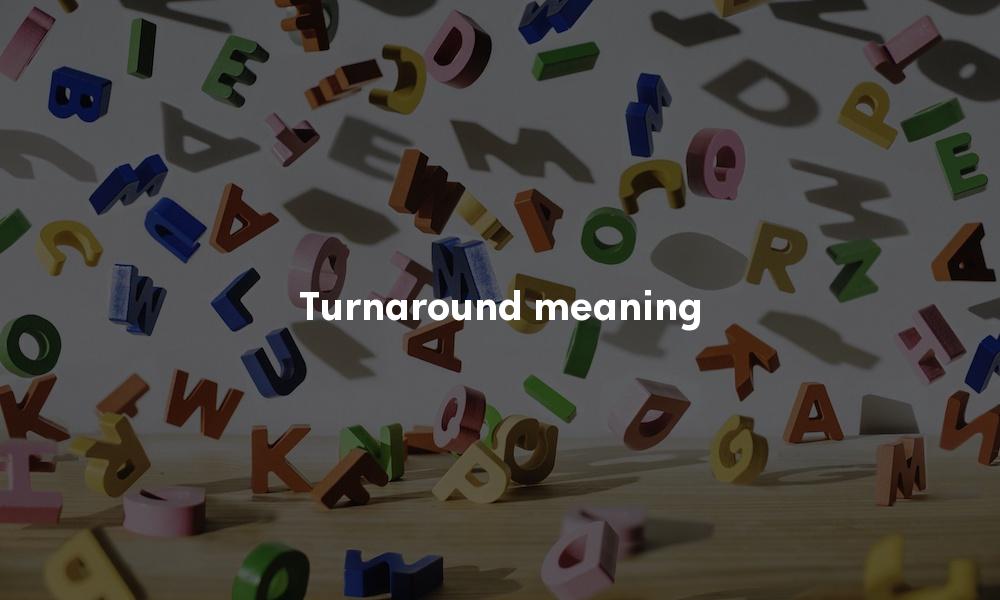 1. An abrupt or unexpected change, especially one that results in a more favorable situation.

Example sentences: "It was a remarkable turnaround in his fortunes"

2. The process of completing or the time needed to complete a task, especially one involving receiving something, processing it, and sending it out again.

3. A space for vehicles to turn around in, especially one at the end of a driveway or dead-end street.

Example sentences: "Already a new hard standing area for lorry turnarounds has been laid at Rolawn's Elvington headquarters where the York depot will be based."

Turnaround in Other Languages...