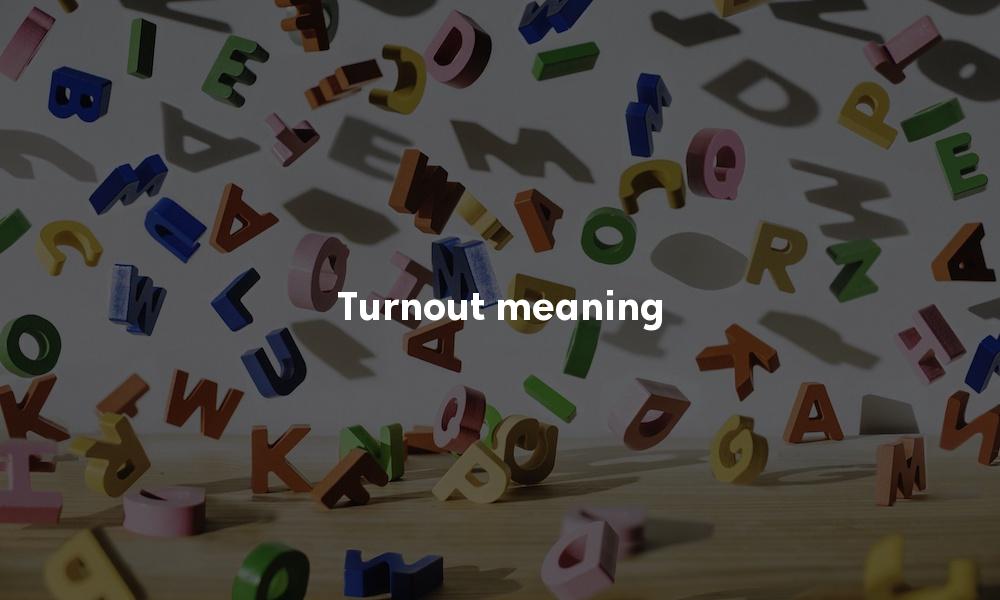 Example sentences: "We reckon that thirty-five percent is a good turnout for local elections"

Example sentences: "I couldn't find the lake at first—I drove past the turnout"

3. A carriage or other horse-drawn vehicle with its horse or horses.

4. The way in which a person or thing is equipped or dressed.

5. The ability to rotate the legs outward at the hips.

Turnout in Other Languages...