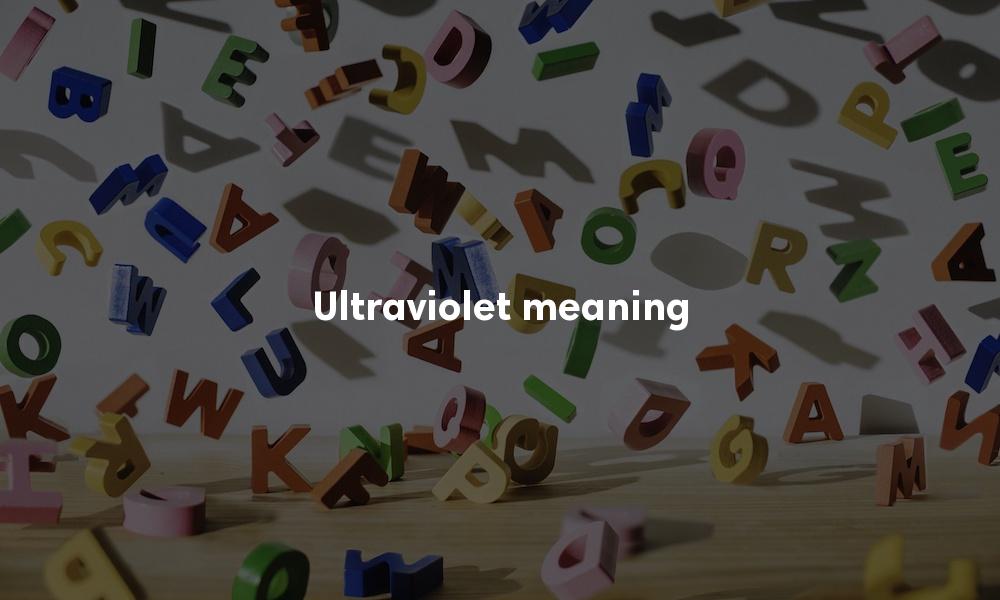 Example sentences: "Diode lasers are now available in discrete colors from the infrared to blue and into the near ultraviolet."

Example sentences: "Once CFCs are released into the atmosphere, only strong ultraviolet radiation can break them down."

Ultraviolet in Other Languages...