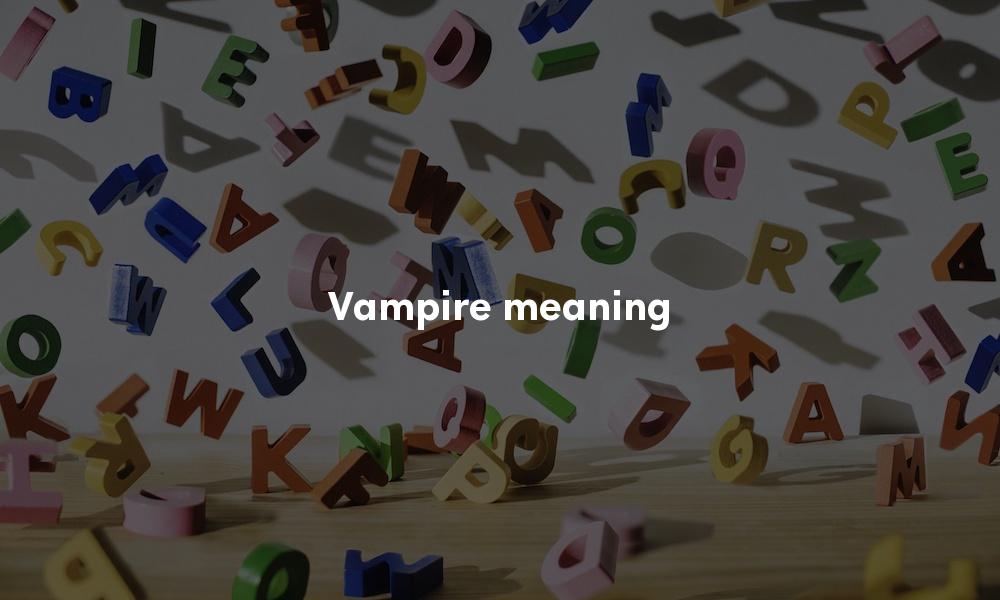 1. A corpse supposed, in European folklore, to leave its grave at night to drink the blood of the living by biting their necks with long pointed canine teeth.

Example sentences: "What must he do to save his neck from the vampires who are after his blood?"

2. A small bat that feeds on the blood of mammals or birds using its two sharp incisor teeth and anticoagulant saliva, found mainly in tropical America.

Example sentences: "It is quite common for a vampire bat to fail to feed on a given night."

Vampire in Other Languages...