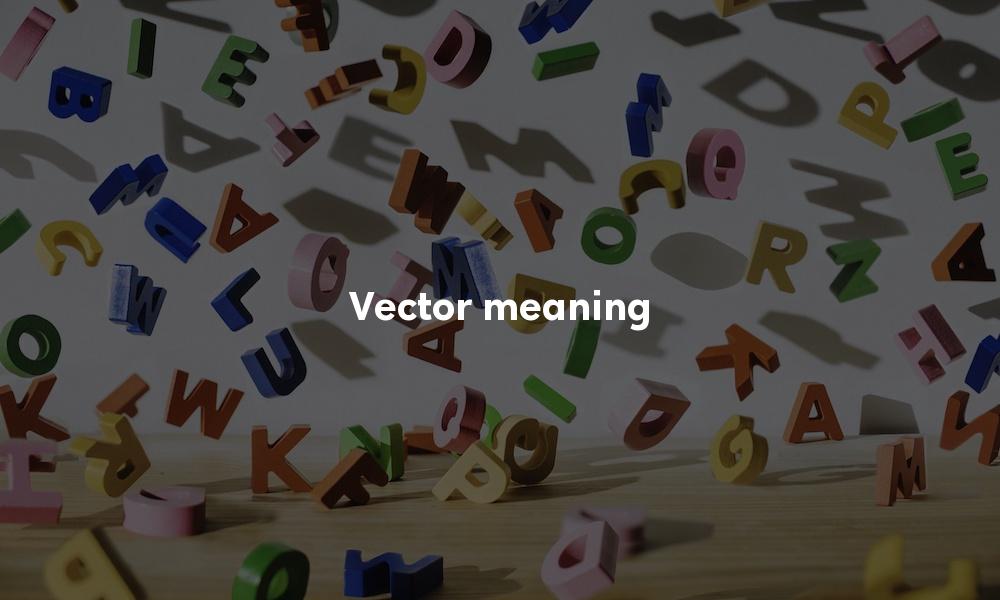 1. A quantity having direction as well as magnitude, especially as determining the position of one point in space relative to another.

Example sentences: "Angular momentum is a vector quantity, meaning it has both magnitude and direction, and can be described by three components (in three dimensions)."

2. An organism, typically a biting insect or tick, that transmits a disease or parasite from one animal or plant to another.

Example sentences: "Now, in the 21st century, our researchers are still studying the relationships between animal hosts, insect and arthropod vectors, and disease agents."

3. A course to be taken by an aircraft.

Example sentences: "They were confusing call signs and giving vectors to the wrong aircraft."

1. Direct (an aircraft in flight) to a desired point.

Example sentences: "Two Hurricanes were vectored towards the Stukas"

Vector in Other Languages...