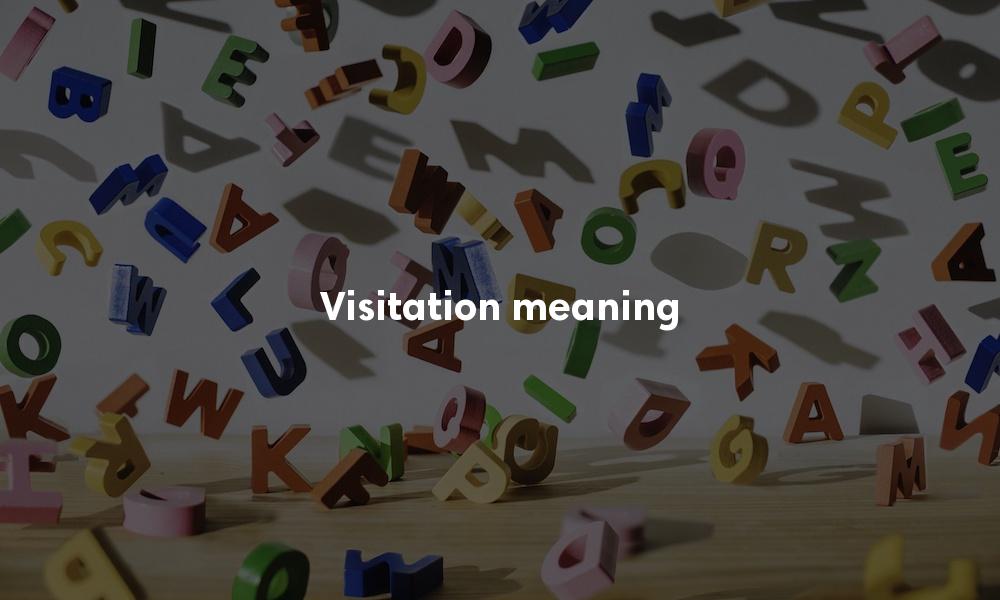 1. (in church use) an official visit of inspection, especially one by a bishop to a church in the bishop's diocese.

Example sentences: "It is suggested also that the bishops should devise a system of regular visitations of the dioceses of their fellow bishops, a proposal, it is suggested, that should pose no threat to bishops who do not fear being held accountable."

2. The appearance of a divine or supernatural being.

Example sentences: "Throughout history there have been reports of ghosts, apparitions and spiritual visitations, both angelic and demonic."

3. A gathering with the family of a deceased person before the funeral.

Example sentences: "If someone in the community died, funeral visitations would typically be held twenty kilometres down the road in Middle Musquodoboit, or even in Truro, more than 50 kilometers away."

4. A divorced person's right to spend time with their children in the custody of a former spouse.

Example sentences: "There is a growing trend toward using mediation to reach an agreement on the terms of a divorce (child custody, visitation, and property distribution)."

5. A disaster or difficulty regarded as a divine punishment.

Example sentences: "A visitation of the plague"

Example sentences: "He kneels before Mary in the Visitation, Elizabeth and John adjacent to him as intermediaries, requesting Mary's intercessory role on his behalf."

Visitation in Other Languages...