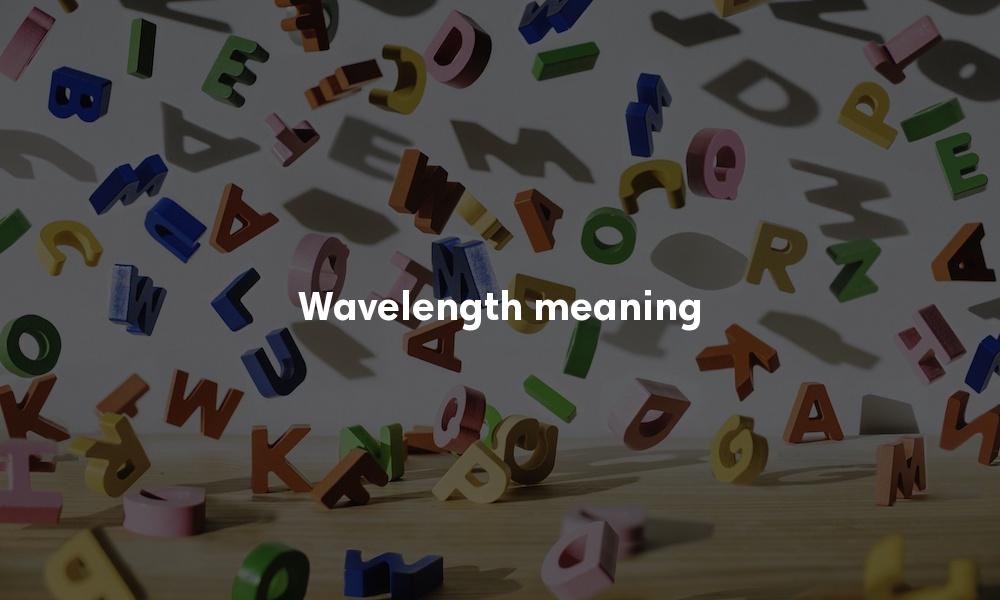 1. The distance between successive crests of a wave, especially points in a sound wave or electromagnetic wave.A wavelength as a distinctive feature of radio waves from a transmitter.

Example sentences: "A range of wavelengths"

2. A person's ideas and way of thinking, especially as it affects their ability to communicate with others.

Example sentences: "When we met we hit it off immediately—we're on the same wavelength"

Wavelength in Other Languages...