What is the definition Wing? What is its meaning in the dictionary? Related sentences, Example sentences, Words ending with Wing, Derivations, Synonyms, How to pronounce? Words starting with Wing, Antonyms and more... 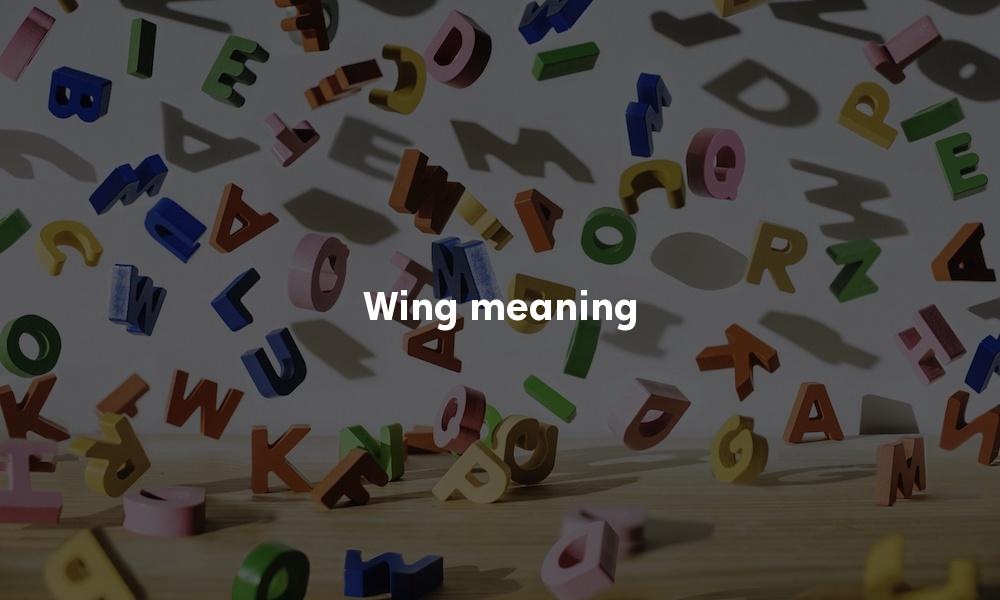 1. (in a bird) a modified forelimb that bears large feathers and is used for flying.

Example sentences: "Besides having forelimbs that resemble the wings of modern birds, the animal sported long feathers from thigh to foot on each hind limb."

2. A rigid horizontal structure that projects from both sides of an aircraft and supports it in the air.

Example sentences: "The single-seat research aircraft had a monocoque aluminum fuselage with a wood wing."

3. A raised part of the body of a car or other vehicle above the wheel.

4. A part of a large building, especially one that projects from the main part.

5. A group within a political party or other organization that holds particular views or has a particular function.

Example sentences: "Sinn Fein, the political wing of the IRA"

6. The sides of a theater stage out of view of the audience.

Example sentences: "He didn't go on stage, though, but sang from the wings while Beesley mimed onstage."

7. (in soccer, rugby, and other games) the part of the field close to the sidelines.

Example sentences: "Saints are set to switch Darren Albert from the wing to full-back to offset the absence of Paul Wellens, but Millward also has the option of Anthony Stewart and Sean Hoppe."

8. A lateral part or projection of an organ or structure.

Example sentences: "The posterior aspect of the lateral pterygoid plate may be joined to the angular spine of the greater wing by a pterygopetrosal ligament that may calcify."

9. An air force unit of several squadrons or groups.

1. Travel on wings or by aircraft; fly.

Example sentences: "A bird came winging around the corner"

2. Shoot (a bird) in the wing, so as to prevent flight without causing death.

Example sentences: "One bird was winged for every bird killed"

3. Speak or act without preparation; improvise.

Wing in Other Languages...