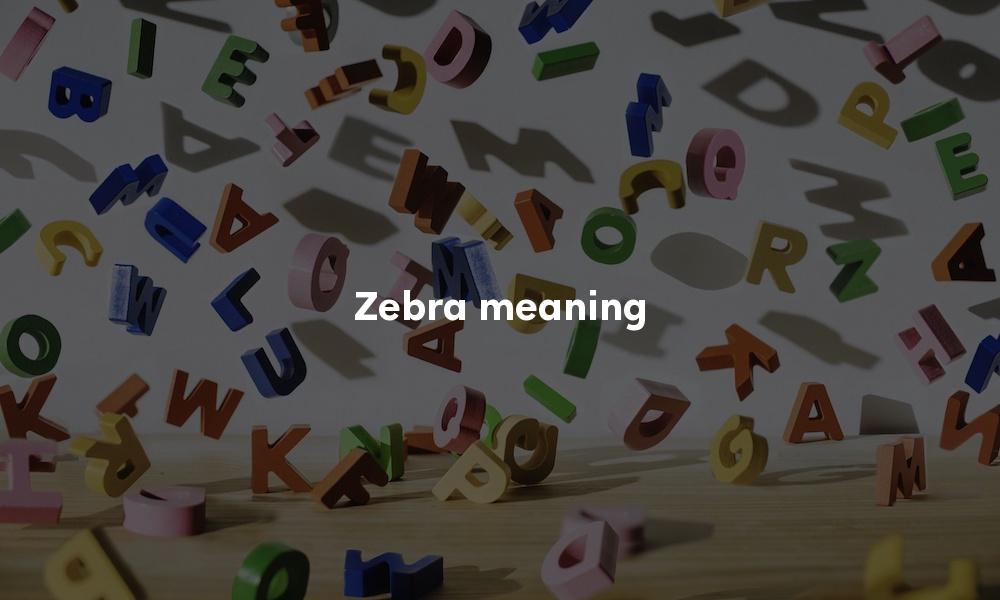 1. An African wild horse with black-and-white stripes and an erect mane.

2. A large butterfly with pale stripes on a dark background.

Example sentences: "He brought to our attention the tiny zebra fish which could fully regenerate even severely damaged myocardium."

4. A person whose characteristic garb is a black-and-white striped uniform, especially a football official or a convict.

Zebra in Other Languages...